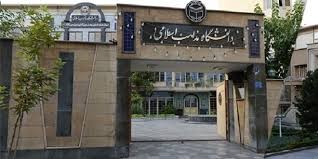 *** *** ***
Establishment of university:
According to the lofty thoughts of the Great Founder of the Islamic Revolution, Imam Khomeini and the Constitution of the Islamic Republic of Iran which considers all Muslims as the unified Ummah,
Believing in the fact that Islamic Denominations are scientific schools and that this scientific heritage is the cause of scientific, intellectual, juridical, and legal progress and development of the Islamic society,
Islamic Denominations University was established in accordance with the guidelines given by the supreme leader in order to protect the scientific and cultural heritage of the Islamic world after the establishment of The World Forum for Proximity of Islamic Schools of Thought.
The high council of Cultural Revolution passed the statute of the university in 1992. And,
with the license of the science, research and technology ministry, Islamic Denominations University admits Iranian and foreign students for the bachelor, master and Ph.D programs.
In international arena, Islamic Denominations University is one of the members of the federation of the universities of Islamic world; it is also pioneer in being connected with the important universities of muslim world suh as Al-Azhar University in Egypt and Ez-Zeitouna University in Tunisia. Moreover, it holds joint scientific conferences, juridical courses of different following of Islam and hosts professors from many Islamic countries following different Islamic schools.

*** *** **
The objectives of the Islamic Denominations University
1- The upbringing and educating of a generation of Muslim scholars and researchers who are well aware of and educated about their own school of thought, and making them aware of the tenets of other Islamic schools which could lead them to have unity among Muslims.
2- Educating teachers and expert researchers in Fiqh, the principles of Islamic law (usul al-Fiqh ), comparative Fiqh, Quranic sciences, Hadith sciences, Theology and theosophy for schools, colleges and Islamic and cultural centers through master and PhD programs.
3- Educating Muslim preachers and propagators of different Islamic schools to be employed locally and internationally.

Faculties
In order to reach more solidarity and proximity among the followers of different Islamic schools, considering the urgent need to new researches based on comparison among Islamic sects and enriching their observations and studies, the Islamic Denominations University has been established with three faculties as follows:
1- Faculty of Fiqh and Law of Islamic schools

Ph.D in the following courses:
- Fiqh and the principles of Islamic law
- Qur’anic sciences and Hadith
- History of Islam

General and Special Requirements for the Admission of International Students
The Islamic Denominations University will admit students who are interested to pursue their study in the proximity of Islamic schools of Thought, and who are eligible for scholarships through oral test (Interview), priority being given to those who are the hafidz (memorizer) of the Holy Qur’an.

General qualifications
1- Being practically committed to Islamic commandments, to the laws of Islamic Republic of Iran and the observance of Islamic ethics
2- Believing in Islamic principles and being interested in proximity of Islamic schools of thought
3- Being physically fit

Special Requirements
1- Passing the oral test (interview) of the University
2- High school diploma with the average grade of 12.5 (from 0-20 grading system) for under graduate applicants and average grade of 14 for M.A applicants
Note 1; having the minimum average of 15 for the courses of humanities for those applicants wanting to study towards MSc degree.
Note 2; having the minimum average of 16 for Ph.D degrees
3- Maximum age of 32 for the applicants who desire to obtain M.A degree and 40 for PhD degree
4- Recommendation letter from three high school teachers or professors of the country where the applicant is graduated from

*** *** **
Ways of studying and education
This university is determined to have all the advantages of a university and a seminary
for this reason:
1- The best professors and teachers from Islamic seminary are invited
2- Fiqh, interpretation of the holy Qur'an, theology, history and hadith from all Islamic schools through the styles of various Islamic schools are being taught
3- Teaching Fiqh from each Islamic schools together with today’s requirements, dynamic and new Fiqh
4- Paving the ground for promoting and popularizing the culture of Islamic schools
5- Teaching Arabic literature and conversation
6- Teaching logic, as well as new and traditional theology
7- Performing Islamic discussions by students coupled with practical researches in human sciences
8- The medium of teaching in this university is Persian and Arabic; Thus, those students who are not familiar with these languages, must pass an orientation course of two terms
Educational accomplishments
With the help of Allah Almighty and continuous efforts of those in charge of university, about 60% of its graduate and post graduate students are admitted to other universities and higher education institutions as for taking supplementary courses (courses in M.A & Ph.D), and presently many of them are engaged in higher education and research institutions or cultural and religious organizations.
*** *** ***
Welfare services
1- Providing dormitory for students, providing partial financial support or rendering loans to students in accordance with the regulations of the loan fund of students welfare
2- Having access to the dormitory libraries, self services, sport and leisure facilities, etc
Library and computer center
Specialized library of the university has sections for cataloging, storage, barrow, references and journals which usually satisfy the needs of students in various fields and subjects, and also the needs of students for the courses offered in this university. There are about 37000 copies and 21690 titles of bookd together with 198 active journals, where all being in hand through computer searches and nets. There are 5 active computer stations which are connected to high speed internet. The web site of the library can provide information to students and researchers as well. The information unit of the university is rendering services such as: high speed internet service, printing, profile and personal drives for every student, providing course related soft wares, portal service of the library, net management and all office and educational computer systems etc.

*** *** ***
The themes of the meetings already held are as follows:
1- The role of proximity of Islamic sects in dialogue among civilizations
2- Ijtihad and its role in Islamic solidarity
3- Islamic government and jurisprudent guardianship (Velayat alfaghih)
4- purposes of Shariah (Legal and moral code of Islam) with the presence of Shiite and Sunni scholars
5- studying the thoughts of Imam Abu Hanifeh with the presence of Shiite and Sunni scholars
6- promoting good and preventing evil
7- Ijtihad in Contemporary Era
8- commemorating Allameh Sheikh Mohammad Abdoh and Allameh Sheikh Mohammad Reza Modaffar
9- youth and the world of Islam
10- commemorating Allameh Badiozzaman Sa'id Norsi
11- division factors focusing on the role of world arrogance with the cooperation of union of Islam world students.
12- Launching short term educational programs for the imams of mosques and imams of congregational prayers of Russia, and the professors of Bosnia and Herzegovina University
13- Official visit of various scientific and cultural personalities of the world of Islam to the Islamic Denominations university

*** *** ***
Academic relations with other universities

Cultural and leisure activities
Aside from studying, students can also avail themselves of the following cultural programs:
- Quranic festivals
- Sport festivals
- Cultural activities within dormitories
- Cultural gatherings, meetings and etc.

*** *** ***
Some other necessary information
1- The duration of study is four years for undergraduate students and two years for M.A students, and that will be counted from the start of the first semester. This period for Ph.D courses will be eight semesters. if a student fails to come up with writing his thesis and defending it, he shall be deprived of the continuation of his study.
2- The University shall provide and render the necessary academic materials as prerequisites during the school term period.
3- The academic system of this university is based on the number of units which must be passed, and the units for each term will be offered by the University according to the requirements of the university.
4- The students must attend all classes that they have enrolled for.
5- The students are obliged to obey and observe all the rules and regulations of the University.

*** *** ***
UNIVERSITY BRANCHES
The establishment of other branches of this University in other parts of the country is the approved policy of members of the board of trustees in the second developing program of the University. In this connection, with the support of the government of Islamic Republic of Iran, three branches of this University have been established in the cities of Sanandaj, Zahedan and Bandar Abbas. Presently these three branches are active in under graduate courses.
*** *** ***
The Islamic Denominations University
M. Ravanmehr St., Southern Palestine St., Enghelab Ave, Tehran, Iran
P.O. Box: 13145-1175
Tel: +98-21-66465252 +98-21-66407899
Fax: +98-21-66461838
Email: int@mazaheb.ac.ir
Web site: www.Mazaheb.ac.ir