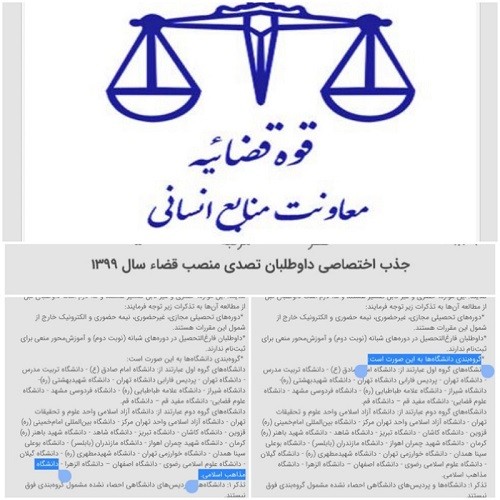 The special recruitment test for candidates for the position of judge in 1399 will be held in accordance with the routine of previous years and the announced conditions in the announcement.

In the exclusive recruitment exam for the position of judge in 1999, the scientific position of the University of Islamic Dwenominations has been upgraded, and after a few years, the name of the university is again in the second group in the exam ranking. Therefore, eligible students and graduates of the field of jurisprudence and law of the University of Islamic Denominations can also participate in the special exam for the judiciary.


It is worth mentioning that the name of the university had been removed from the list of groupings of this exam before, but it was returned to this ranking and was placed in the second group.

Congratulations to the great family of the University of Islamic Denominations on this success.