Meeting on Review of Islamic Revolution's Achievements in the Judiciary with Dr. Bahadori Jahromi at Islamic Denominations University 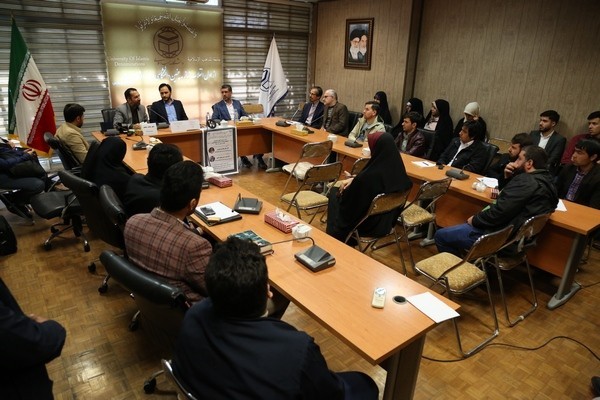 According to Public Relations, the meeting was described by Dr. Hamed Rostami Najafabadi, a member of the faculty responsible for mobilizing professors at the University of Islamic Denominations about incremental insight meetings and workshops on explaining the Supreme Leader's discourse as well as university activities in the international arena. Then, with the remarks of Dr. Ali Bahadori Jahromi on the achievements of the Islamic Revolution in the field of justice and at the end of his speech, the role of the frontier was held.At the beginning of the meeting, Rostami Najafabadi said: The Islamic Denominations University is an approximate university with international mission and international students. It is also one of the first universities to have a committee on theorizing, criticism, and debate.Then, Dr. Ali Bahadori Jahromi, head of the Center for Lawyers, Officials and Family Advisers of the Judiciary, said that the main motto of the Islamic Revolution was independence and freedom. What's in the national dimension.