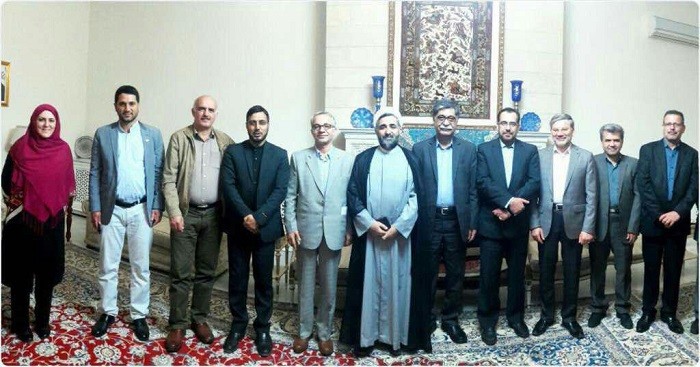 University of Islamic Denominations has been a step forward in Inter-Islamic Comparative Studies and is ready to share and transfer their experiences in this regard.

Dr. Yahya Jahangiri, General Director of International Affairs and Scientific Cooperation, with the emphasis of full readiness of the University of Islamic Denominations for Academic exchanges with Islamic world universities in educational, research and student fields, added: The scientific power of the universities of the Islamic world is in their synergy and interconnectivity.

Vice-Chancellor of International and Scientific Cooperation who is present at the Third International Scientific Forum of Iran-Arab World in Tunisia said: "Today, the Islamic world more than ever needs scientific and academic exchange in the field of Islamic Denominations.

‘Today, every single Muslim country should use the capacities of the others to promote the Islamic knowledge and fight with Islamophobia around the world,' he said.

Yahya Jahangiri, by underlying the maximum use of academic capacity to introduce the Islam to the younger generation, accentuated that the joint research can contribute to a better approximation among Islamic Universities and can help to an accurate recognition of Islam.

The Third International Scientific Forum of Iran-Arab World is in enrollment with the participation of 20 Arab and Iranian members until the 21st of November in Tunisia.