Dr Mokhtari in a meeting with Indian scholars: we are seeking the development of relations with scientific centers and universities of India / university of denominations is a pioneer in proximation of denominations and providing security in the country and opposition with incivility By the report of public relations, Dr mokhtari by well coming to the guests declared existential philosophy of University of Islamic denominations is opposition against incivility and extremism. This university in reality is scientific and theoretical credit of proximation community of denominations. 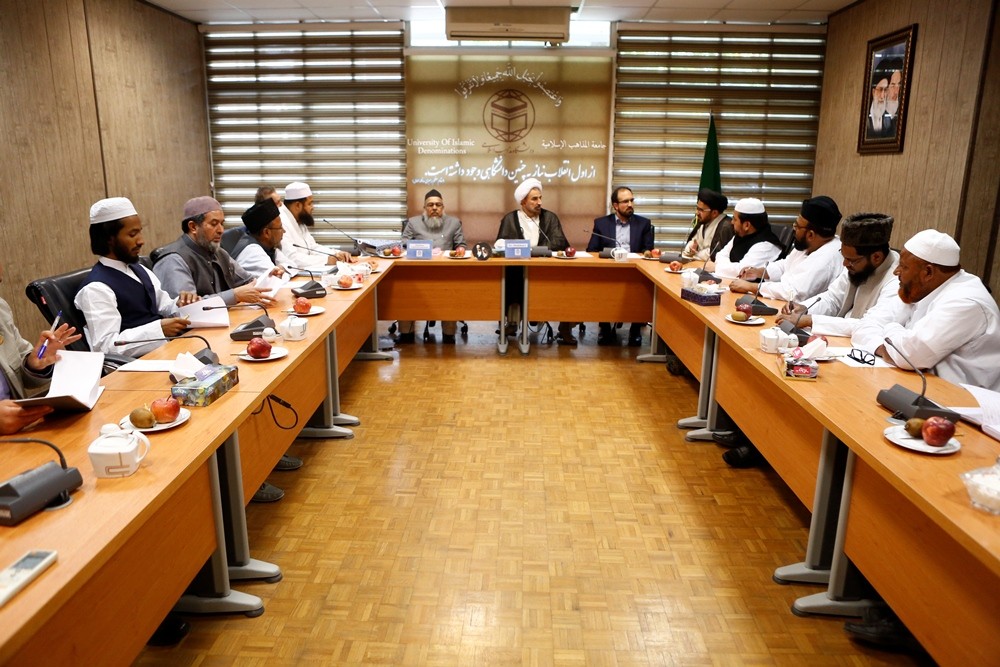 Dr Mokhtari added in this university the students of all denominations such as Shafei Hanafi and Imami with the books and instructors of their specific denomination are educating and what is our Redline is that nobody has the right to put the Holly thoughts of other denominations under question and all should educate beside each other based on conciliatory coexistence.

Dr Mokhtari said central branch of this university is in Tehran and other branches of this university is in hormozgan, Sistan &Balouchestan, and Kurdistan Province and soon other branches in 4 to 5 other provinces which has got multi denominations residents will be activated. It is supposed to have an international Complex in zahedan to take students from Pakistan and Afghanistan border to transfer the real message of Islam which is the religion of compassionate Prophet and the religion of compassion and kindness.

Dr Mokhtari added Iraqi Prime Minister has applied for the establishment of such model of University of denominations in his country and there are suitable Fields to establish such university in Iraq, Lebanon, Afghanistan and other countries.

He continued we had some meetings with some characters of Hawzah and Indian universities and also signed compromise letters and we are seeking the development of relations with scientific Centre and Indian universities. in a trip to India that we have next month we will have more dialogue in this field. student exchange, scientific relations and Academic gatherings between two countries should be increased.

In the continue Indian delegate raised some questions about education and participation in Educational courses of the University of Islamic denominations and presented some suggestions about more cooperation between two sides.

Finally Indian delegate visited the central library of the university.